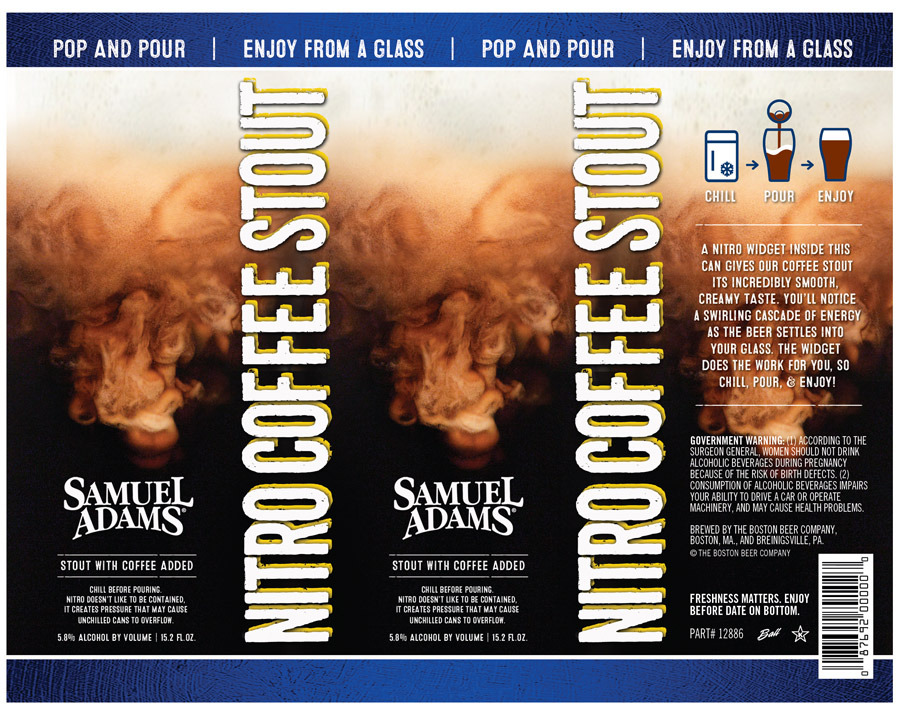 All About Beer has the first review I’ve seen of the brand new nitro beers from Sam Adams.  Seems like it was a bit of a process coming up with these things.

“We put some equipment into the brewery in Boston to do an in-line transformation of beers, where we take a keg, degas theCO2and then nitrogenated it. We played with over 100 different beers,” he said noting that some worked and others did not. The brewery’s flagship, Boston Lager, when it receives the nitro treatment “blows up the flavor profile in a bad way,” he said.

The end results are a white ale, an IPA, and a coffee stout.

I’ve never had a use for IPA on nitro myself.  The clash of mouthfeel and flavor causes my brain to short-circuit in a bad way but I’m sure I’ll try this one at some point anyhow.  I’ve never had a white ale on nitro–definitely intrigued by that.  But a coffee stout on nitro? Like peanut butter and jelly, baby.

Pours like a milkshake and releases hearty mocha aromas into the air, it mercifully lacks the acidity often associated with coffee. Instead it is pleasing like freshly ground beans, a hint of vanilla, ripened dark red stone fruit, and finishes with sweet roasted chocolate. This is all the dessert you need.

If you’ve never poured a nitro beer (like Left Hand’s very wonderful Milk Stout Nitro)–it sure is fun.  No delicate angling of the glass required. Just dump that sucker. Hard.  The ensuing dance of gas inside the glass is wonderful and it creates the perfect creamy head on your beer.

These goodies from Sam Adams should hit shelves near you any day now.