The Once and Future Grain 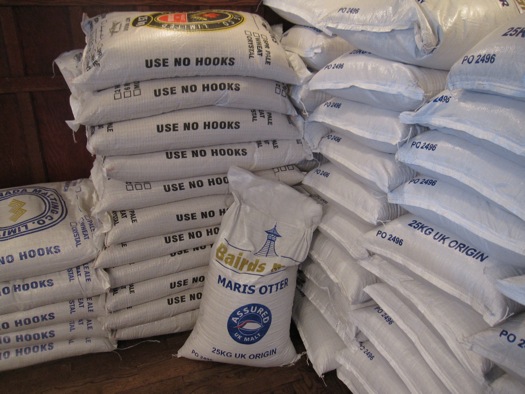 All About Beer has a short piece about the history (and outlook) of a quintessential British barley malt: Marris Otter.

“It seems to have more biscuity, creamy flavors than other varieties, and it doesn’t seem to be encumbered by harsh tannins,” says Mark Dorber, Britain’s foremost cellarman and an expert in beer flavor. “It does seem to have a softer, rounder and fuller character than other heirloom malts.”

That’s an important distinction, as many reviewers can taste that characteristic in a lot of modern beers from the UK even knowing nothing about the differences in malt being used.

He says that you’ll never find it grown outside of the UK, not because it couldn’t be, but because he wants to retain full control. “The problem is that there would be some maverick producing it and undercutting the market,” he says. “If you trash malt price sufficiently, you’ll kill it stone dead. Farmers won’t grow it.”

That doesn’t stop many American brewers from importing the stuff.  Firestone Walker, Goose Island and lots of other breweries are big fans of this base malt for flavorful pales, among other offerings.